At the time of this writing, we have only one oil obtained through absolute extraction, and that is Cacao, the only absolute we found that was not extracted using hexane (more on this below under the heading absolute0.

I was motivated to offer a description of the different types of aromatic products we sell, how they are created, and how they are used so that you can understand which one might be right for you.

A bit of background

Now, there are different ways of getting those chemicals out of the plant and into a form that we can use for emotional, physical, and spiritual healing. Today, we will cover 4 of these different ways: steam distillation, CO2 extraction, absolute extraction, and cold pressing.

In other words, youll have to get informed about each individual product from each plant separately. And yes there can be significant differences between them. As a quick example: one recent scientific study found that the CO2 extract and steam-distilled essential oil of a rare plant only shared 11 compounds, while at the same time, there were a total of 50 other compounds that were only found in one of the two products.

That said, lets look at the specific methods of creating aromatic products.

This is the most common way of producing aromatic products that are used in aromatherapy. In fact, most oils you might be familiar with, such as lavender, rosemary, geranium, or frankincense, are steam distilled.

Heres how steam distillation works. First, the plant material goes into a big metal vat. Then, steam passes through the plant material and takes out some of the aromatic chemicals. Finally, the steam cools off in another vat, and the essential oil separates as a layer on top of the water thats condensed from the steam.

If you want to see the whole process in action, heres a video that illustrates how rose oil is made:

There are a few important consequences of the actual process of steam distillation.

Second, by the way that steam distilled oils are created, they are almost entirely water-insoluble (thats why they separate on top of the water in the final step).

A third point is that steam distillation requires high heat during the process, and this can affect the final product. For example, chamazulene, the blue anti-inflammatory chemical that gives oils like German chamomile their unique dark blue color, is actually created from another chemical (matricin) thanks to the heat of the steam distillation process.

Fourth, because of the heat, there are some plants that cannot be steam distilled. For such plants, other methods need to be used to get their aromatic chemicals into a workable product. One example is vanilla bean  theres no steam distilled vanilla essential oil, but there are other aromatic products such as our vanilla CO2 extract.

Cold pressing is a completely different process from steam distillation. It is normally only used for creating citrus oils such as lemon, orange, or mandarin.

Cold pressing basically involves pricking the peel of the citrus fruit and then collecting the aromatic compounds that are released. There are different ways that this can be accomplished. Heres a video that illustrates the commercial production of mandarin oil:

Like steam distillation, cold pressed oils are almost entirely water-insoluble. Again, this is because of the way that they are made: water is used to collect the aromatic chemicals that are released from the plant, and the essential oil is what separates on top of the water (you can see this process in the video above).

Carbon dioxide (CO2) is a natural gas thats present in the air all around us. We also exhale CO2 when we breathe.

The remarkable thing is that while CO2 is a gas, its possible to create a liquid out of CO2 in a pressurized environment.

This kind of of pressurized, liquid carbon dioxide can then be used to extract volatile chemicals from plant materials. When the pressure goes back to normal, the CO2 evaporates, only leaving behind the extracted plant oils.

CO2 extraction is a relatively new process. However, it is a very high-quality method of creating aromatic products, and is growing in popularity as an alternative to steam distillation for producing top aromatic oils.

Absolutes differ from other aromatic plant products in several ways. First, they pull a broader range of compounds out of the plant, including pigments and heavier chemicals that couldnt be extracted by such methods as steam distillation.

As a consequence, absolutes are frequently less expensive than steam distilled essential oils or CO2 extracts, because they can be created with a smaller quantity of plant material.

For the same reason, absolutes sometimes have an aroma that is closer to the actual plant than other aromatic products. On the flip side, they might offer lower concentrations of certain beneficial chemicals that are present in greater amounts in steam distilled oils, and traces of the solvent chemical.

At this point, we dont offer any absolutes for sale, except for our Cacao, which was extracted using only food-grade ethanolnot hexane or any other chemical thats considered to be toxic.

So which one is right for you?

Each of these four types of plant products has its uses and benefits.

Steam-distilled and cold-pressed essential oils are the best studied, and there is extensive research about their main compounds. Also, they have been used by aromatherapists for decades, and their uses, benefits and safety issues are well-known.

Absolutes can make a great alternative to steam distilled products, particularly for every expensive oils (such as rose) in cases where the intended use is perfumery. However, aromatherapists dont recommend absolutes for aromatherapy because of the traces of hexane.

Finally, CO2 extracts are the new kid on the block. Some experts believe CO2 extracts have a finer aroma than steam distilled oils, and that these products represent the future of aromatherapy.

At the same time, the newness of CO2 extracts means that experts have had less opportunity to study them in as much detail as they have studies steam-distilled essential oils. As a consequence, we know less about how CO2 extracts benefit our bodies and our minds.

Ultimately, its worth trying multiple aromatic products even from the same plant. For example, you might find that you prefer the aroma and benefits of a steam-distilled oil in some cases, while a CO2 extract might be better for you in other situations. 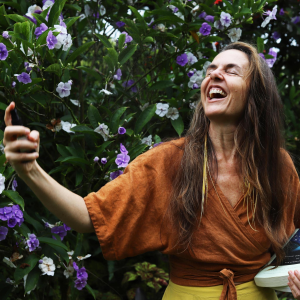 Hope Johnson is the founder of Miracle Botanicals. She presently stays on the Big Island of Hawaii with her husband Tony and their two sons. Besides essential oils, Hope enjoys slow island vibes, relaxation, baking, writing, socializing, dancing, and most of all...sharing spiritual wisdom.
PrevPreviousEssential Oil Consultation
NextEssential Oils for Mental HealthNext When trying to enjoy the fresh summer weather, pesky insects are one of the last things you want to deal with! If you find yourself with a new bug bite every time you dip your big toe outside, you may want to consider using essential oils as a natural and effective bug repellent.